Everything you need to know about Music Mastering

Make your music sound great everywhere — whether streaming it through Spotify or playing it on the radio. Soundtrap creates quality music for wherever people are listening.

What is Audio Mastering?

Audio mastering creates consistency in your music by ensuring it will sound good no matter the platform. Mastering can involve adjusting the levels in tracks, enhancing the sound, and providing final touches to create a polished final song.

Through Soundtrap’s online digital audio workstation (DAW), music makers can fine-tune any of the characteristics that make up a song, including:

What does Audio Mastering do?

Mastering unifies your music throughout your track and prepares it to be distributed across different formats, like Spotify streaming. Unlike audio mixing, which happens at the beginning of post-production to blend together tracks using EQ, compression, and other music-making elements, mastering is the “final touch” of music production. During mastering, your music is balanced to create the finished product that people want to hear.

Mastering is a crucial component of the music-making process. Luckily, on Soundtrap, artists can focus on making music their audience loves, while Soundtrap automatically masters your project and adds the final finish — adjusting processing, limiting, compression, and EQ as soon as you click “Save” or begin to export.

With Soundtrap, you don’t need to have years of music-making experience to create a high-quality mix that people will love.

Why not start today?

It’s time for you to get your music out there. Soundtrap is here to give you the tools you need.
Get started

What is the difference between Mixing and Mastering?

Mixing versus Mastering is typically one of the first areas budding music producers ask about. Although these two are closely related, they do not serve the same purpose. When we talk about mixing music, we are referring to the process of taking multiple audio tracks and combining them together into a single track. This is done for various reasons, but typically it is done to create a better intentional balance between the different elements in the song and to carve out room for each element to sit in.

There are a few different ways that mixing can be approached. Some mixers prefer to take a more hands-on approach, working with each track individually to get them sounding just right. Others may take more of a "big picture" approach, focusing on how all of the tracks fit together as a whole.

Want to learn more about audio mixing? Check out the Soundtrap Studio. Finishing with the “final touch”

Mastering, on the other hand, is the final step of the music production process. Audio mastering prepares and transfers recorded audio from a source containing the final mix to a storage device, also known as “the master.”

During mastering, adjustment of levels, equalization, phase alignment, compression, and sometimes other processes are employed to achieve the finished sound. Mastering results in a completed product that has increased loudness, punch, clarity, depth, and spatiality. In short, it makes your music sound better and come alive!

Historically mastering used to involve a lot of work, where music engineers would transfer audio to vinyl through magnetic tape. In this process, engineers would have to use special tools, like disc-cutting lathes, to produce a pristine vinyl record — often tiny mistakes could disrupt the entire process.

Today, however, most mastering is done digitally, using software plugins. Modern mastering has democratized the process, making it accessible to more people.

Although modern mastering has become much more accessible, it doesn’t mean it’s gotten any easier. With Soundtrap, there’s no figuring out new tech and no long waits, only getting your music to the level it deserves. Whether it’s processors or mixers, Soundtrap can help you balance your song and get it streaming ready for the Spotify Top 50. 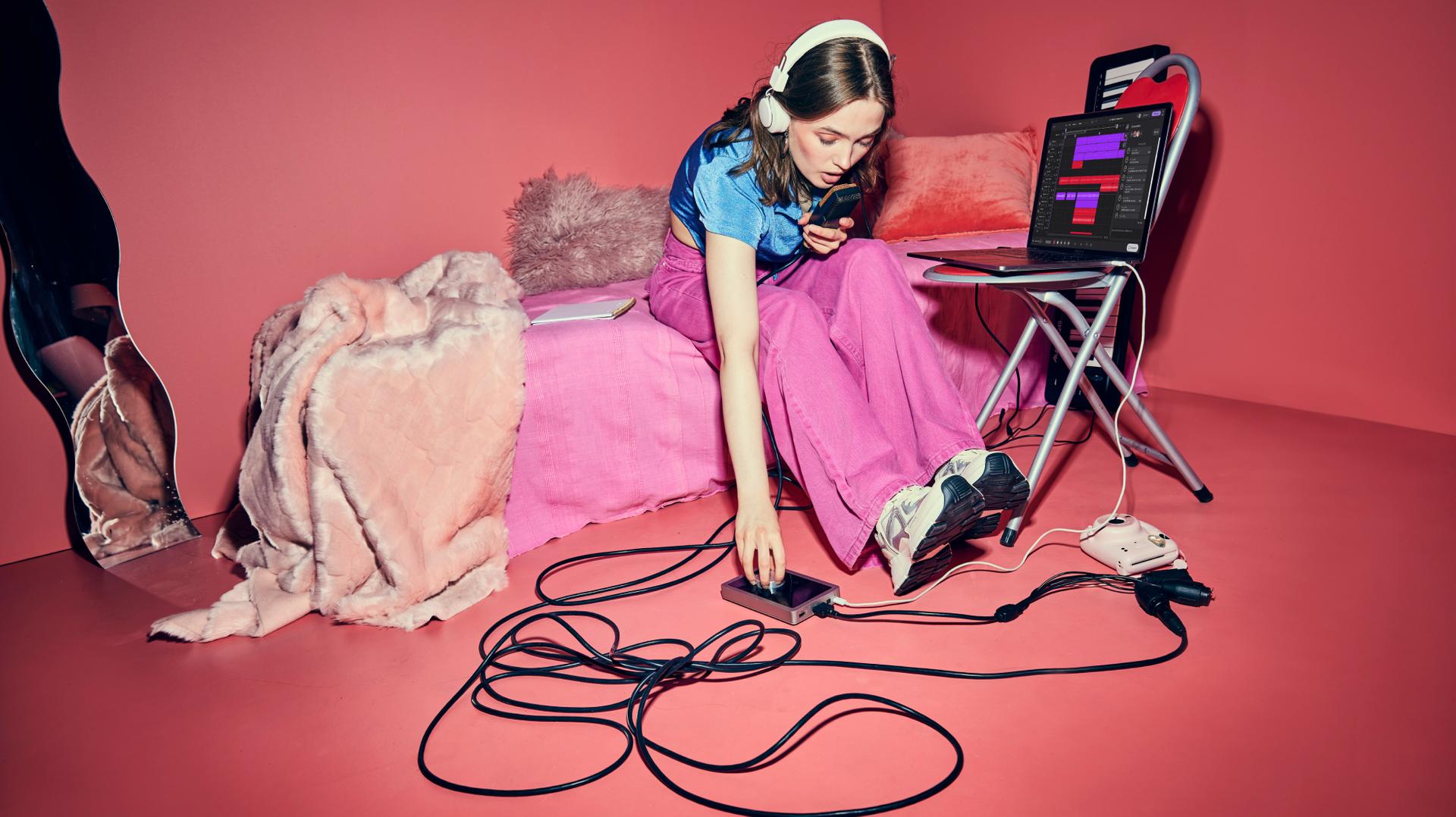 With Soundtrap, you’ll create the perfect song while we take care of the rest.

Get your song automatically mastered through the Soundtrap Studio today!